Indiana AG stands up for the dignity of the unborn 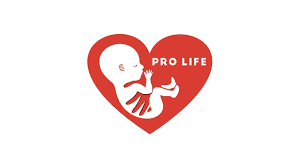 Indiana pro-abortion advocates are calling on Republican Attorney General Curtis Hill to back off from a state abortion law that would place limits on abortions in certain circumstances.

Calls for Hill to end his defense of the state’s abortion law come in reaction to his Monday request for the U.S. Supreme Court to reverse a block on a 2016 law passed by then-Governor Mike Pence. The law requires abortion clinics and facilities that provide abortions to bury or cremate aborted babies rather than dispose of them as medical waste.

“Nothing in the Constitution prohibits states from requiring health facilities to provide an element of basic human dignity in disposing of fetuses,” Hill said in a statement, The Chicago Tribune reported Sunday.

“It’s disappointing that the state of Indiana continues to defend these unconstitutional and medically unnecessary abortion restrictions,” Planned Parenthood of Indiana and Kentucky(PPINK) President Christie Gillespie said in a statement, according to the Tribune. “By appealing to the Supreme Court, the state of Indiana is trying to not only chip away at Hoosiers’ rights, but also threaten the rights of people seeking safe and legal abortion care across the country,” she added.

Hill also asked the court to review a portion of the law that makes it illegal for doctors to perform abortions “based solely on the race, sex or disability of the child,” the Tribune reported. “The right to abortion declared by our Supreme Court protects only the decision not to bear a child at all, not a right to decide which child to bear,” Hill said.