It’s not a sexy topic, but Social Security and Medicare are set to go broke, and sooner than you think 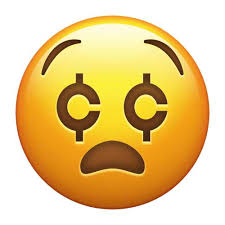 In 16-years Social Security will be insolvent, which means we’re probably 15 years away from Congress deciding that it’s a crisis.

Currently Social Security provides income to about 67 million Americans.  About 47 million of them are over age 65, and the majority of the rest are (supposedly) disabled.

If nothing changes, the Social Security Trust Fund will be financially upside-down by 2035.  This means the program would be forced to impose across-the-board cuts of 20 percent to all beneficiaries.

By that time, some parts of Medicare will already be unable to cover the full cost of benefits.

Insolvency is not the same as bankruptcy. By 2026 and 2034, respectively, Medicare and Social Security will not have enough money to pay the full cost of their obligations, but that’s not the same as saying they’ll have no money at all.

Tragically, no one on Capital Hill wants to address these looming issues.  President Donald Trump has promised not to touch Social Security while he’s in office, while Democrats are popping off about “Medicare for all” which would pile on huge new obligations for an entitlement program that is already sinking.