Joe Biden Drove Past Me Yesterday 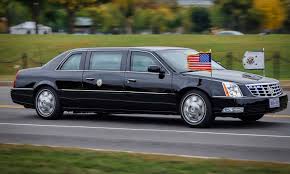 My friend, Mike, was taking my car out for a spin. Mike’s a big car guy and really wanted to see what my high performance ride could do. It was a fun opportunity for me to sit in the passenger seat and let great driver have fun going through the gears and pushing the engine. We took off southbound on Highway 1 towards Watsonville, some 10 miles away.

We only ventured a three miles when the traffic slowed and came to a halt. A California Highway Patrol motorcycle officer was driving on the center divide, against traffic, coming in our direction. He cut us off and turned his bike sideways like a barrier, completely stopping the flow of traffic.

“What the heck is going on?” Mike said.

“The President is in Santa Cruz,” I recalled. “He choppered to Watsonville and did a motorcade to Santa Cruz. He must be going back to the airport.”

We were stopped right at the onramp Joe Biden’s parade of cars would be using to enter the freeway.

I took out my phone, selected video mode, and decided to do an Instagram post. I wanted to pray for the President when he drove by.  I’d never been so close to a President before.

I encourage you to check out the post (@briansussmanshow). I prayed for Biden, that he would repent of his sins and come to know Jesus as Lord. I prayed for revival in America. I also spoke of the “sins of this nation which are many.” What “sins” was I referring to? Namely abortion (60-million babies), but also the heinous flow of pornography produced in the US, and the insane sexual revolution that is growing in this country.  I also consider our nation’s sin to include a financial policy that is unsustainable, and a international policy that is playing into the World Economic Forum’s Great Reset.

I’ll continue to pray for Joe. I hope he becomes convicted of his personal sin, and if he is guilty of any legal wrongdoings that they will be brought to light and justice will be accomplished.