The Dangers of the Proposed Red Flag Laws 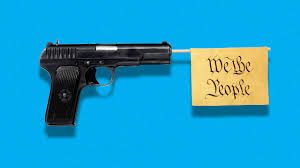 Gun control may be coming to a legislature near you.

In the wake of the recent mass shootings, elected officials on both sides of the political aisle are rallying around “red flag” legislation.

Extreme Risk Protection Orders (ERPOs), informally known as red flag laws, are gaining traction in legislatures nationwide. Red flag laws are presented as a common-sense proposal to disarm people who allegedly present a danger to themselves or others around them.

Political leaders assure gun owners red flag laws won’t trample over their Second Amendment rights and are a middle ground solution. But the devil is in the details.  After examining Colorado’s recent ERPO (which appears to be similar to the red flag laws in the handful of states that have passed such laws) I’ve discovered: