The Financial Costs Per Homeless, in the Silicon Valley 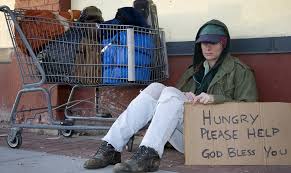 This story is NOT Fake News.

For the first time the cost of caring for the homeless in California has been calculated, and the amount is staggering.

These numbers were run in Santa Clara County, the epicenter of the Silicon Valley.

And it gets worse.

The new study entitled,“Home Not Found: The Cost of Homelessness in Silicon Valley,”  described as the most comprehensive look ever at the expense of homelessness on a community, has determined that more than $3 billion was spent over a six-year period in the county on services such as trips to the emergency rooms, jail stays and mental health care.

The study was compiled by the Los Angeles-based Economic Roundtable,

All told, the study determined Santa Clara county has 7,567 homeless — the nation’s seventh-highest total.  That breaks down to a public cost of $68,719 per homeless individual.

But the study did not reveal the greater questions regarding why so many are homeless?  Yes, housing is terribly expensive  in the Silicon Valley; but many just getting their footing in the area will find ways to temporarily get by, including renting a room, or living in an RV.  Also, there’s no one holding a gun to anyone’s head to make them live in this region.

In my mind, the greater question is what percentage of the homeless are drug addicted or mentally handicapped?

My daughter, who is a licensed marriage and family counselor and is in charge of a state-subsidized sober-living facility, is convinced the vast majority of the homeless are drug addicted.  That begs an even larger question: why?

Personally, I believe the homeless crisis is a situation born of the nationwide breakdown of the the traditional family, a concurrent turn away from Biblical morality, and a rejection of Jesus as the Messiah.