The Truth About Baltimore and other Democratic-Run Cities: this week on the Hidden Headlines Podcast 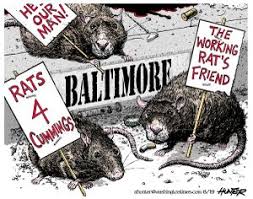 Last weekend President Donald Trump called out iconic African-American Congressman Elijah Cummings for his failure to to anything about the poverty, crime, and rat-infested city of Baltimore.

For his actions Trump was predictably called a racist.

In this episode of Hidden Headlines I share the statistics that proves Baltimore is a “hole” created by “demo-rat” politicians (just like so many other big cities run top-to-bottom by members of the Democratic Party).

(illustration from the Washington Times)

Some of those stats include:

You can listen to Hidden Headlines at iTunes, GooglePlay, Spotify, Soundcloud, or right HERE.