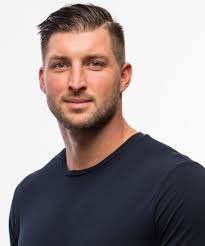 I have to admit, I am a huge Tim Tebow fan.  From all accounts, he walks the talk regarding his faith in Messiah Jesus!  Hoping he will rub off on the producer, Lebron James (lol).

Tebow is a two-time national champion, first-round NFL draft pick and Heisman Trophy winner. Currently, he serves as a college football analyst for ESPN. Prior to joining ESPN, he played three years in the NFL for the Denver Broncos and the New York Jets. Now, Tebow is pursuing a career in professional baseball as a member of the New York Mets organization.

“Watching good people compete at their highest ability is always inspirational to me,” said Tebow. “’Million Dollar Mile’ is a show that does just that – it motivates, thrills, and is aspirational and I’m excited to be hosting this show.”

In the series, contestants will have the chance to win $1,000,000 every time they run the Million Dollar Mile. Standing in their way is a challenging course and a group of elite athletes with the sole mission of stopping the contestants from winning the money at all costs. The series is currently in production in Los Angeles.