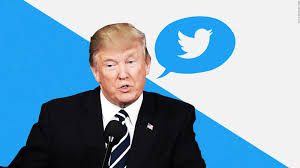 It’s obvious that the establishment media has been tireless in their rabid effort to derail the presidency of Donald Trump.

Trump’s unprecedented use of Twitter as a means of presidential communication serves him well as a mechanism to get his thoughts/messages out to the American public.

About 20 percent of all adults in America follow President Trump on Twitter. However, most Twitter followers don’t read his tweets word for word.  Instead, Trump’s tweets reach Americans because the news and social media gatekeepers propagate, rebroadcast and incorporate them into news and social media streams.  I’m sure that most establishment outlets would prefer not to retell Trumps tweets, but it’s hard to avoid them when he hammers a topic over and over and over.  And that’s why he does it–to break through the left’s information blockade.

In many ways, Trump uses Twitter like an old-fashioned press release. Few Americans see or read his tweets directly, but many ultimately hear about them via media coverage or other means.  This is why he also spends hours each week informally addressing the press outside the White House while on his way to events.  Especially in those situations he’s able to literally takeover the airwaves while hammering away.

Trump is a media genius–and he always has been. Prior to running for office, he was always one phone call away from any news organization or talk show personality–they’d do anything to get them on their shows. He was also a sought-after public speaker and, let’s not forget, hosted The Apprentice–an eleven-year top-billing reality TV show.

Were it not for Donald Trump’s media savvy and Twitter usage, he would end up being a one-term president.