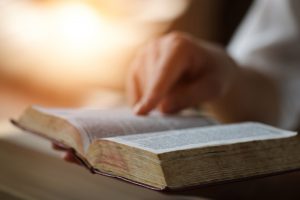 The college campus war on Christianity is enduring a new battle, this time involving a decision at the University of Colorado-Colorado Springs to insist that atheists be allowed to lead Bible studies at the school’s student Christian Club.

First the state punished a baker, Jack Phillips, and ordered him into a reindoctrination program for refusing to violate his faith by promoting same-sex marriage.

Then, in a second attack, Colorado tried to punish Phillips for refusing to promote transgenderism.

Now, one of its prominent colleges, the University of Colorado at Colorado Springs, is being sued for demanding that a Christian organization allow “atheists or other non-Christians to lead their Bible studies” if it wants to be recognized on campus.

School officials declined to comment to WND on the dispute.

But the Alliance Defending Freedom went to federal court in Colorado to defend the students.

“The university refused to grant Ratio Christi registered status because it only allows those who share and personally hold beliefs consistent with the group’s mission to serve as its leaders,” ADF explained.