Venice Flooding? Tell Me Something New 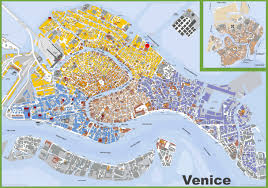 Some are saying it’s worse than in more than 50 years.  Such high water levels will leave “a permanent mark”, Venice Mayor Luigi Brugnaro tweeted.

“Now the government must listen,” he added. “These are the effects of climate change… the costs will be high.”

Climate scaremongers are pointing to the records at Saint Mark’s Basilica, which has been flooded for the sixth time in 1,200 years, according to church records. Pierpaolo Campostrini, a member of Saint Mark’s council, said four of those floods have now occurred within the past 20 years.

Let’s ask a few basic questions. First, what was occurring 50 years ago when Venice last experienced such flooding? It was actually in 1966, and the concern back then was global cooling.

Next let’s take a LOOK at Venice. It’s a city made up of more than 100 islands inside a lagoon off the north-east coast of Italy. The main landmass is intersected by the Grand Canal.  It is also an ancient city that is experiencing widespread subsidence–in other words, it is SINKING.

A project to protect the city from flooding has been under way since 2003 but has been hit by soaring costs, scandals and delays.

In my opinion, the Mayor’s cry for help is really a desperate call for more funding, which will line the pockets of more scandalous actors.