Why My Friends are Fleeing to Texas 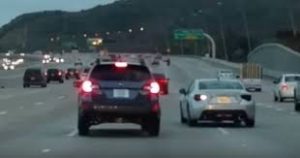 I’ve been traveling for the past several week, mostly spending time in Texas to visit friends from California (all native Californians) who have fled the Golden State for a state that seems to overflow with liberty.

Texas is a pretty nice place. The people are incredibly respectful, the taxes are significantly lower, and the cost of living is sensational.

During the COVID situation, Texas has not employed a mandatory mask policy either. Why? Because common sense seems to rule in Texas.

For those of you who have had some degree of medical training, you know that the majority of people wearing these masks are doing so improperly and are therefore doing nothing to mitigate the spread of the coronavirus (in fact, it could be argued that the improper use of masks is enabling the spread of COVID-19).

In my opinion, if the powers that be were more concerned with curtailing the virus, and less concerned with subtly controlling our behavior, THEY WOULD DEMAND PEOPLE EMPLOY SANITARY MEASURES WHEN USING THEIR FILTHY CELL PHONES.

People take them to the bathroom, place them on the floor, lay them on the checkout counter, sneeze on their hands and then touch their screens.

And no doubt, when responding to the above, California progressives will call me a “conspiracy theorist.”

What else is new.

– Drivers in Chicago/Northern Illinois are the most vindictive.
– Drivers in Texas are overall the fastest, but most courteous.
– Drivers in California are the most clueless and reckless.
– There are more pickup trucks in Texas, New Mexico and Wyoming, than cars.
– I never saw ONE Prius in Wyoming, Texas, or New Mexico.
– The roads in Texas and Arizona are the best (Nevada’s are pretty close).
– The roads in California are clearly the worst.

Of course, people responded by the score. Here are some of my favorites: