The Current Attack Phrase: “America is NOT a Christian Nation” 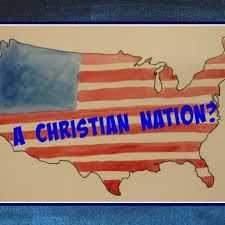 One of the Left’s current attempts to further divide the people of the United States of America is to proclaim there is a growing and dangerous movement in this country wherein people believe the U.S. was founded as a Christian nation and our populace must return to those roots.  Additionally these sowers of division assert such a belief is associated with White supremacy and intolerance of any other religion besides Christianity.

Here’s the truth: While perhaps not an inscribed as “Christian Nation” in our Declaration of Independence and Constitution, America was most definitely founded on Christian principals.  The current claims by the Left of growing White supremacy is a manifestation of the Critical Race Theory propaganda model.

A wonderfully powerful collection of statements from our founders (posted by Randy Alcorn) illustrates how they believed that America most definitely was secured by Christian roots.

And here’s one more, from the Delaware Constitution. It’s interesting to note that the Constitution of nearly every state begins by giving Glory to God.