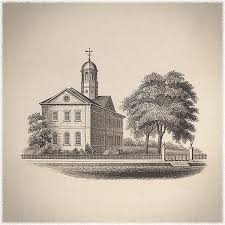 On Monday, according to the Washington Examiner, Cruz, chairman of the Senate Judiciary Constitution Subcommittee, sent Yale Law School a demand letter, urging the college to release communication records related to the treatment of conservative and Christian students. This is not the first letter Yale has received from Cruz.  In April, the dean of Yale Law received a message from Cruz detailing his plans to investigate a recently approved school policy that he believes allows the school to “blacklist Christian organizations” and “punish” students based on their beliefs.

This same sort of intolerance is going on at colleges and universities across the nation.  What’s truly shameful is the that institutions like Yale, Harvard and Princeton, for example, were all started as schools that were centered on THE WORD OF GOD.

In fact, most of the colleges in the United States that started over 300 years ago were originally Bible-proclaiming. Yale and Harvard were founded by the ultra orthodox Puritans, and Princeton was founded as a Presbyterian school (back when Presbyterians actually followed Biblical principles involving marriage, sexuality, and Jesus being the only way to Heaven) .

Yale was started by clergymen, Harvard was named after a Christian minister, and Princeton’s first year of class was taught by Reverend Jonathan Dickinson. Princeton’s crest still says “Dei sub numine viget,” which is Latin for “Under God she flourishes.”

As for Yale,  its beginnings coincided with the founding of the New Haven Colony in 1638 by a band of 500 Puritans who fled from persecution in Anglican England.  It was the dream of the Reverend John Davenport, the religious leader of the colony, to establish a theocracy and a college to educate its leaders.

And by the way, the increasingly secular
“new world” in which we live today needs the saving hand of God like never before.

What’s happening on our college campus’ is in keeping with a conclusion spewed by Karl Marx: “History means nothing.”