Note to all Christians who voted for Biden: WHAT WERE YOU THINKING? 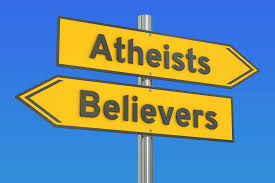 (Hat Tip to Just The News)

The Secular Democrats of America PAC has provided Joe and Kamala with guidance to “boldly restore a vision of constitutional secularism and respect in the land for religious and intellectual pluralism.”

It’s already working. Did you see the stupid video Kamala put out celebrating the fake, secular, holiday of Kwanzaa?

That’s called an early payback to this anti-God PAC.

After four years of the Trump Administration’s efforts to  uphold the right of Christians (and Jews, and Muslims, and whomever else) to freely engage in their faith, as outlined in the First Amendment, now we get this.

It’s shocking to think how many Christians actively promoted the Biden ticket.  Sure, many were just tag-alongs who didn’t like Trump’s personality or whatever, but WAY TOO MANY were actual voice pieces for the democrat party.

What were you fools thinking of?

Some of us have been carefully studying and observing the democratic party and their masterminds for decades. We know what they are up to. You should have considered our counsel.

The PAC says it “represents secular Democratic individuals and organizations” while advocating for “secular governance” as well as the promotion of “respect and inclusion of nonreligious Americans,” while mobilizing “nonreligious voters.”

The proposal was formally presented to the Biden team by Democratic Reps. Jamie Raskin and Jared Huffman, co-chairmen of the Congressional Freethought Caucus; it was also endorsed by Democratic Rep. Jerry McNerney (the latter used to follow me like some kind of a creepy spook at my book signing events shortly after taking office).

“We’ve offered the new administration a roadmap to restore our basic constitutional values and protect science, reason and public health in American government,” Raskin and Huffman said in a joint statement.

In the document, the group says Trump has “empowered the religious right in ways no other administration has before, making significant advances in enacting their Christian nationalist agenda.”

The proposal calls for Biden’s team to work with Congress and governors to “advance a secular agenda at all levels of government, taking into account the current makeup of the federal courts and new, unfavorable precedents that your administration will have to contend with.”

We told you Christian Biden supporters that you were ignorant. Just wait until the democrats pay homage to the Planned Parenthood PAC.

That said, I will not let your foolishness come in the way of our fellowship. We all have the propensity to make dumb mistakes, which God is able to forgive.

Meantime, I’m continuing in prayer (along with millions of others) that Biden will not take office.