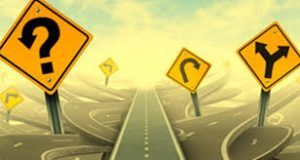 Okay, before we dive into this ball of confusion, let’s begin with why God created two distinct genders: male and female.

“Then God said, “Let us make man in our image, after our likeness. And let them have dominion over the fish of the sea and over the birds of the heavens and over the livestock and over all the earth and over every creeping thing that creeps on the earth.”

“So God created man in his own image,
in the image of God he created him;
male and female he created them.

“And God blessed them. And God said to them, “Be fruitful and multiply and fill the earth and subdue it… And God saw everything that he had made, and behold, it was very good. And there was evening and there was morning, the sixth day.” Genesis 1:26-28; 31 (ESV)

God honors humanity by creating us in His own image and likeness, male and female. This story is expanded in Genesis 2, as God forms the man from the dust of the earth and breathes life into him.  He then fashions the woman from the man’s side — or heart. In doing this, He separates humans into two sexes, male and female. Each is unique.  Both reflect the image and likeness of God.

The word “sex” even comes from a Latin word meaning “to divide or separate,” showing that humanity has been separated into two distinct groups, male and female. Not only does Moses write about this in Genesis, but Jesus and the Apostle Paul also point to the male-female creation as a foundational truth.

Adam rejoices at this creation of Eve, celebrating and recognizing her as his partner, a complement, distinct from any other created being. Woman is uniquely formed as a gift for man — and man as a gift for woman. The two aspects of God’s image, male and female, are joined wholly together in marriage — a unique, permanent and covenantal relationship.

God doesn’t make mistakes.  When a man or woman identifies as the opposite sex, there’s a serious emotional problem.  Often it involves sexual abuse, or a broken family.  I’d recommend professional therapy, but in California such therapy has been outlawed.  Seriously.

The online store Tranzwear apparently is a fan-favorite for those in search of fake child penises, offering products such as a “semi-erect“ unit for children “under [five years old],” as well as an item called “Best Boy Bump for the little guys“ which is “made especially for the younger kids.”  In case you and your child find all these products and methods overwhelming, plenty of information on “packing” for youth is available on YouTube.

Parents who believe their children to be a male-to-female transgender have the opposite problem, sharing tips and recommendations of products meant to help male children “tuck” to appear or feel more female. Many members mention Etsy stores by the names of Tuck Buddies and Leolines, both of which sell handmade feminine looking underwear with extra lining to help conceal the bulge of the male anatomy. Leolines also offers chest bindersmeant to flatten breasts in “teen to adult” sizes.

Parents of Transgender Children has more than 8,000 members on Facebook, and is just one of many closed Facebook groups geared toward “gender affirming” parents, most of which claim to extensively screen individuals who wish to join in order to ensure they are friendly to the cause.  The group appears to have strict rules banning screenshots or sharing posts in any way with outsiders.

Separate websites such as TransPulse.com also have specific forums for parents of transgender children, and while many of the discussions focus on parents whose children have “come out” to them as transgender, others focus on trying to determine the gender identity of children as young as two. (“My [two-and-a-half-year-old] daughter has been saying on-and-off  for [five] months that she’s a Boy,” one post reads.)

However, there is at least one group formed to combat this nonsense.

4thWaveNow was started by a mom after her teenage daughter “suddenly announced she was a ‘trans man’ after a few weeks of total immersion in YouTube transition vlogs and other trans-oriented social media.”

And the mom, “Chiara,” has taken some heat for her position.

“Online, I have been accused of being ‘unsupportive,’ even abusive, simply for daring to question whether lifelong medical treatment – injections and plastic surgeries – is the answer for every young person who has gender dysphoria,” the group’s founder explains. “In my world, caring about, listening to, and lovingly parenting a child or young adult is not necessarily a synonym for unexamined ‘support’ for everything the child says or wants. In fact, one of the main jobs in parenting a teen is, not coercion, but the offering of alternatives; discussing, and sometimes disagreeing.”