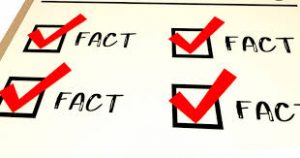 I was one of the first to break the news about California Assembly Bill 2223, which WOULD legalize infanticide. My article was first published by World Net Daily, and then on my website.

After having spent 40-years in broadcast media, which includes my very first job out of college running a television newsroom for the ABC-TV affiliate in Columbia, Missouri, I know how slick-tongued journalists operate: they cleverly understand which facts to conveniently leave out. I’ll walk you through the process in a moment.

Note, AB 2223 never uses the terms infanticide or post-birth abortion. Instead it relies on the word “perinatal” to fulfill its evil deeds. Before I get to the bill’s language, here’s how the State of California defines perinatal:

Thus, perinatal includes the first 60-days of a child’s life.

Here’s the text from the portion in question (colored highlights, italicization and cross-outs are in the text):

But there’s more. AB 2223 would also amend existing state law to change the scope of coroners’ inquiries to exclude “deaths related to or following known or suspected self-induced or criminal abortion.” It redefines an unauthorized abortion to exclude any self-abortions committed by the woman herself.

AB 2223 also exempts from prosecution those who assist in committing an abortion or perinatal death.  It adds a private cause of action against the state for violations of the proposed law, plus a provision for recovering attorneys’ fees. In other words, by adding in the attorneys’ fees provision, slimy lawyers would be incentivized to sue any police officer or coroner who investigates an infant’s death.

So, here’s how the public is deceived:

Today, a huge protest is going to take place in Sacramento just before the Assembly Health Committee meets to vote on moving AB 2223 forward. Democrats are worried by the bad publicity this could bring to their bill. So, they rally their allies in the media to write, “fact checks” meant to debunk critics of 2223. All the fact checks say the same thing: “the bill does not legalize infanticide.”

This morning the Sacramento Bee newspaper put out its fact-check, quoting the author of the bill, Assemblywoman Buffy Wicks:

“Anti-abortion activists are peddling an absurd and disingenuous argument that this bill is about killing newborns, when ironically, the part of the bill they’re pointing to is about protecting and supporting parents experiencing the grief of pregnancy loss,” Wicks said in a statement. “No person should face prison time for a tragic pregnancy outcome, and this bill will ensure that prosecutions and investigations have no place in reproductive health care.”

Yeah, right.  Excellent rhetoric from the school of How to Deceive Eve.

Even if the perinatal clause is dropped, the democrats will have won a big one, because abortion in California will be legal for up to 9-months.