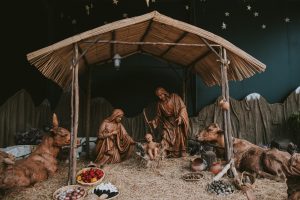 I saw this story over at World Net Daily and had to chime in.

A Twitter user who profiles himself as an associate professor of clinical psychology and sexuality studies from Minnesota is trying to #MeToo, God, regarding  to the New Testament account of the virgin birth.

Eric Sprankle claimed the “The virgin birth story is about an all-knowing, all-powerful deity impregnating a human teen. There is no definition of consent that would include that scenario. Happy Holidays.

In other words, this guy is trying to claim that God caused Mary to become pregnant against her will–which is hardly true.

Dr. Sprankle further tweeted, “The biblical god regularly punished disobedience. The power difference (deity vs mortal) and the potential for violence for saying “no” negates her ‘yes.’ To put someone in this position is an unethical abuse of power at best and grossly predatory at worst.”

26 In the sixth month of Elizabeth’s pregnancy, God sent the angel Gabriel to Nazareth, a town in Galilee, 27 to a virgin pledged to be married to a man named Joseph, a descendant of David. The virgin’s name was Mary. 28 The angel went to her and said, “Greetings, you who are highly favored! The Lord is with you.”

29 Mary was greatly troubled at his words and wondered what kind of greeting this might be. 30 But the angel said to her, “Do not be afraid, Mary; you have found favor with God. 31 You will conceive and give birth to a son, and you are to call him Jesus. 32 He will be great and will be called the Son of the Most High. The Lord God will give him the throne of his father David, 33 and he will reign over Jacob’s descendants forever; his kingdom will never end.”

35 The angel answered, “The Holy Spirit will come on you, and the power of the Most High will overshadow you. So the holy one to be born will be called[a] the Son of God. 36 Even Elizabeth your relative is going to have a child in her old age, and she who was said to be unable to conceive is in her sixth month. 37 For no word from God will ever fail.”

38 “I am the Lord’s servant,” Mary answered. “May your word to me be fulfilled.” Then the angel left her.

Sometimes it just takes opening up the Bible and giving it a read. 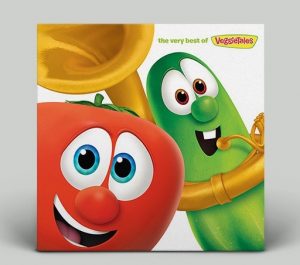 More madness from my state of California, this time originating at our state’s University in San Marcos.

At an event known as the Annual Whiteness Forum, the popular Christian children’s cartoon series, “VeggieTales,” has been labeled, “dangerous” for promoting racial stereotypes by making the villains colored.  That’s right, Bob the Tomato  and Larry the Cucumber, whose  tagline is, “Remember kids, God made you special and he loves you very much,” are promoting racism.

According to one of the posters presented at the forum, “Whiteness in the Bible isn’t just seen as ‘power’ it’s seen as ‘good.’  When kids see the good white character triumph over the bad person of color character they are taught that white is right and minorities are the source of evil.” 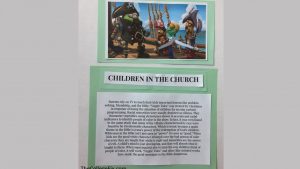 It should be noted that the Veggie Tales’ heroes, Bob the Tomato  and Larry the Cucumber, are red and green, respectively.

By humanizing vegetables, says the poster, the creators of VeggieTales are using children’s programming to promote racial stereotypes by making the villains racial minorities. “When supremacists aim to taint the way children think of people of color, it will work,” it reads.

PJ Media reached out to Eric Metaxas, a former Veggie Tales writer and narrator,  who offered this profound comment:

The Bible teaches that all people — regardless of race — were created in God’s image, have sinned, and are in need of the saving grace of Jesus the Messiah.  This is the message of Veggie Tales.  I would know–my kids grew up on the series, Veggie Tales.  And the villains (and even some of the good guys) do often have silly accents, for purposes of humor. 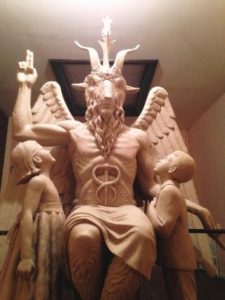 A group of Satanists filed a lawsuit against Netflix and Warner Bros for “falsely” depicting their goat-headed idol, Baphomet, in the new spin-off of  “Sabrina the Teenage Witch” (editor’s note: see photo by Reuters).

The Salem, Massachusetts-based Satanic Temple is suing the entertainment companies for $50 million for depicting its Baphomet statue in four episodes of the  series, “The Chilling Adventures of Sabrina.”  The lawsuit, filed in a federal court in New York on Thursday, claims Baphomet’s appearance  on the series is copyright infringement, trademark violation and constitutes misappropriation, and “confusion of origin and injury of reputation,” according to the U.K. Telegraph.  “Importantly, these original expressions are misappropriated through use of an obvious copy which is featured prominently throughout the ‘Sabrina’ series and the central focal point of the school in the ‘Sabrina’ series which represents evil antagonists,” said the complaint filed in the U.S. District Court for the Southern District of New York.

The suit states that one of the reasons the Satanic Temple created the goat-headed image was “to promote First Amendment values of separation of church and state and equal protection.”

“The Chilling Adventures of Sabrina” features their version of the statue when Sabrina (Kiernan Shipka) is forced to make a decision on whether to join her family’s devil-worshiping church and sign her name in the “Dark Lord’s Book,” which would take away her free will.

Neither Netflix nor Warner Bros. have publicly commented on the lawsuit. 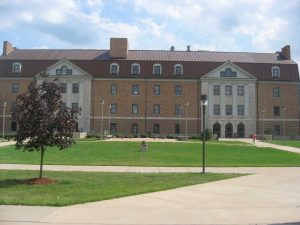 It’s amazing the lengths “researchers” will go to try “prove” their hypothesis.  In this case, anti-Biblical morality activists created a study to reveal that nature doesn’t just spit out male and female humans attracted to their opposite sex, but instead humans whose gender and preferences defy their chromosomes and–if I may–God’s intentions.  Below is the most recent study.
The bottom line is, God loves us all and has a great plan to cleanse us of our sins, 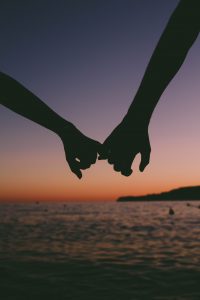 and place us on the narrow path that leads to righteousness.
– Brian

How we end up as adults is most likely a result of both nature and nurture. Our genes determine certain things, while our upbringing and experiences have their own impact. Sexuality is one of the factors researchers are curious about – why some people are straight and others are gay, bisexual, or asexual.

According to new research, someone’s sexuality may lie in their hands. The study, published in the journal Archives of Sexual Behavior, found there may be a link between finger length and sexuality.

Researchers from the University of Essex recruited 18 sets of female identical twins, and 14 male, with different sexual orientations. They looked at their hands to determine how “male-typical” or “female-typical” they were. Usually, women’s index and ring fingers are a similar length, while men have a greater difference between the two. It’s known as the 2D:4D ratio.

“Because identical twins, who share 100% of their genes, can differ in their sexual orientations, factors other than genetics must account for the differences,” said Tuesday Watts, from the department of psychology.

You can read the rest here…