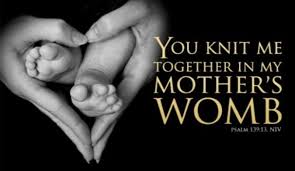 If you are a registered Democrat and genuine follower of God, you need to RUN from your political party.

If you are a person of good moral character, but not necessarily religious–and a Democrat–take off.

Senate Majority Leader Mitch McConnell brought Sasse’s bill to a roll call vote Monday, and it failed largely along party lines. However, three Democrats did break with their party to vote in favor of the bill.

Democratic West Virginia Sen. Joe Manchin was the third Democrat to cross the aisle on this particular issue — a move that many likely expected after some of his more recent comments. Manchin was one of the only Democrats to stand during President Donald Trump’s State of the Union address when the president called for an end to abortions after the unborn baby can feel pain.

“For you formed my inward parts; you knitted me together in my mother’s womb. I praise you, for I am fearfully and wonderfully made” (Psalm 139:13).