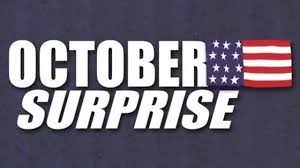 An email obtained by the New York Post shows Joe Biden lied when he said he’s “never spoken to my son about his overseas business dealings.”

According to the email dated April 17, 2015, Biden, who was then vice president, met in person with Vadym Pozharskyi, an adviser to the board of Burisma.

Bursima is the Ukrainian energy company that put Joe’s son Hunter Biden on its board and paid him a reported $50,000 a month even though Hunter has no known energy sector experience and doesn’t speak any of the languages spoken in that country.

The date of the email is key. The meeting between Pozharskyi and the then-vice president would have taken place eight months before Biden threatened to withhold U.S. aid from Ukraine unless the country agreed to fire a prosecutor who was looking into Burisma. The prosecutor was fired.

In 2018, Biden bragged to the Council on Foreign Relations about how he got the prosecutor fired.

“I looked at them and said: I’m leaving in six hours. If the prosecutor is not fired, you’re not getting the money. Well, son of a bitch. He got fired.”

And with that, the investigation into Burisma was shut down.

Later last year a photograph was released of Biden on the golf course with Joe Biden, Hunter, and Devon Archer, who sat on Burisma’s board. The photo was taken in April of 2014 when Joe Biden was vice president, and just two years before Joe Biden threatened to withhold $1 billion in U.S. aid unless Ukraine fired the prosecutor looking into a company paying his son $50,000 a month.

Too bad the establishment media will never tell you about this HUGE story.