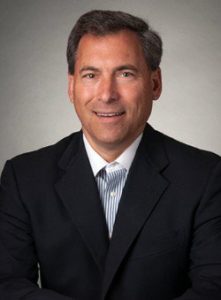 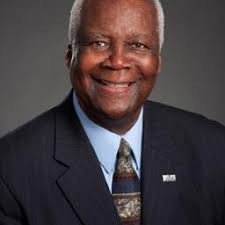 On this week’s Hidden Headlines podcast I interview Pastor Raleigh Washington (left), one of the two men who quite the Board of Trustees at Azusa Pacific University  in Southern California. The interview is a compelling eye-opener illustrating the moral slide taking place in many “Christian” institutions.  Check it out: www.briansussman.com/podcasts/hidden-headlines/

Here’s an abridged version of the original story, as reported by my friends at World Net Daily (WND):

Two members of the board of trustees of a major evangelical Christian liberal arts university have resigned, contending the institution has “drifted” from its foundation and mission, and now is at odds with its written policies, statement of faith and the Bible itself.

Raleigh Washington, a prominent pastor known for his leadership of the Promise Keepers men’s movement, and Dave Dias, a Sacramento-area business executive, submitted letters of resignation on Wednesday to the board of trustees of Azusa Pacific University in Southern California (APU).

The two board members spoke to WND after explaining in their letters why they could no longer serve.

Washington, a trustee for 15 years, wrote that he had constantly confronted the board over the previous six years with abundant evidence that the administration and a substantial portion of the faculty were promoting a progressive ideology that clashed with the institution’s statement of faith and core principles.  He charged that the board has failed in its responsibility to hold leadership accountable and has become “complicit in this disobedient behavior.”

The former pastor of the Rock of Our Salvation Evangelical Free Church in Chicago, known for its ethnically diverse congregation, cited the biblical prophet Eli’s refusal to discipline sons who “committed sexual sin in the House of the Lord.” All three of Eli’s sons, died, Washington noted, “and the son born to the wife of Phinehas was named ‘Ichabad’ meaning ‘The glory has departed from Israel.’”

“After fervent prayer and with integrity of heart, I cannot continue to be a part of these violations of God’s word,” he wrote. “I fear the spiritual consequences of this lack of correction and discipline.”

Asked for a response, APU’s public relations office provided WND only with a statement to the “APU Community” by David S. Poole, the chairman of the board of trustees.  Poole, without naming the board members, wrote, “We respectfully disagree with their assertion that the board is not committed to APU’s Christian foundation and focus,” he said. “We are grateful for their friendship and many years of generosity and faithful service.”

But Washington told WND that members of the board have “admitted to both Dave and myself, and to others in private, that virtually everything both Dave and I have said is true.”  Washington said the bottom line is that the board is overseeing an administration and faculty “who in their practice as well as their teaching blatantly violate Christian biblical precepts.”

APU was in the news in September when, amid lobbying by an LGBT advocacy group on campus, the university’s administrative board approved the elimination of the university’s policy barring students from engaging in “romanticized” same-sex relationships, while maintaining a ban on sexual relations outside of marriage.  An eight-point statement on human sexuality also was edited, removing language such as “homosexual acts” are “expressly forbidden” by Scripture and “heterosexuality is God’s design for sexually intimate relationships.”

The board of trustees later reversed the administrative board’s decision, restoring the student handbook’s original language.

But Washington says the handbook and the issue of sexuality are among many manifestations of a more fundamental development that has taken place over decades.

“What happened with the student handbook was an indication of a bigger problem that exists, and that problem is theological drift from what is required of an evangelical Christian university,” Washington told WND.

“I have deep concerns about the long-term viability of APU as a ‘God-first’ university,” he told WND, referencing the school’s longtime motto.

Dias said he’s leaving because the board “has refused to take the immediate, decisive, appropriate and necessary steps to remain fully committed to its founding principles.”

“My solemn fear is that it may be too late to save the university,” he said.

He said that attempts to correct the problem, including a Blue Ribbon Task Force investigation, have failed, and “attempts by the board of trustees to conduct appropriate due diligence were intentionally obstructed by staff and supported by the task force chair.”

Dias charged that the “APU culture” is “toxic,” characterized by “compromise” and “mediocrity,” and the institution may be a Christian university in name only.

“Far from being a ‘God First’ and ‘God Honoring’ University, APU continues down the slippery slope of appeasement and concession.”