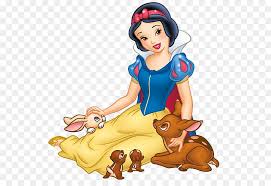 Actress Kristen Bell warns her daughters against some of the wrong messages she believes ‘Snow White and the Seven Dwarfs’ gives out to young children.

The ‘Frozen’ star – who voiced Princess Anna of Arendelle in the Disney movie – reads the fairytale to her two girls, Lincoln, five, and Delta, three, often, but Kristen makes sure to explain to her daughters the problems she has with the story about a jealous queen who gets a stranger to give Snow White a poisoned apple so she falls asleep and can only be woken by a kiss from a prince.

When she’s finished reading, Kristen always drums into them that they should never speak to or take food from a stranger or kiss anyone without asking them whilst they are asleep.

Bell follows in the footsteps of British actress Keira Knightley in airing her views on the impact some of the Disney stories can have on their kids.

The ‘Love Actually’ star has gone as far as banning her daughter from watching Disney princess movies altogether, because of the negative stereotypes toward women.

The 33-year-old actress has three-year-old daughter with her husband and has revealed movies including ‘Cinderella’ and ‘The Little Mermaid’ have been banned in their household because of the way they suggest women are nothing without their Prince Charming’s.

Keira said: “‘Cinderella’, is banned because she waits around for a rich guy to rescue her. Don’t. Rescue yourself, obviously. And this is the one that I’m quite annoyed about because I really like the film, but … ‘Little Mermaid’. I mean, the songs are great, but do not give your voice up for a man. Hello!”