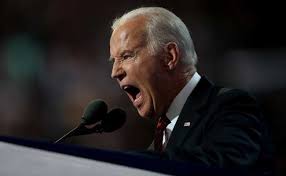 Yesterday, at a rally in Maryland for the Democrat National Committee,  Joe Biden, the man who ran for president as “the unity guy,” gave a blistering speech ripping Donald Trump supporters.

I’m posting the concluding remarks from the speech, and translating his dog siren code words in brackets:

“We’re at a serious moment in our nation’s history [we democrats are about to get our butts kicked in the midterms] . The MAGA Republicans don’t just threaten our personal rights [abortion] and economic security [government welfare and tuition forgiveness], they’re a threat to our very democracy [because they understand pure democracy leads to socialism]. They refused to accept the will of the people [voter fraud], they embrace–embrace–political  violence [January 6th]. They don’t believe in democracy [they want to hold to that archaic system of representative democracy].

“This is why in this moment. Those of you who love this country [and want to dismantle America to bring forth The Great Reset], democrats, independents, mainstream republicans [endeavoring socialists] we must be stronger, more determined and more committed [more viscous, scheming and conniving] to saving America than the MAGA Republics are destroying America.