Another Crock of a Carbon Dioxide Report

As I discussed in my Hidden Headlines Podcast two weeks ago (for a solid half-hour!), carbon dioxide (CO2) is NOT a pollutant.  It is a necessary (and variable) component of the earth’s atmosphere.  But, proving that the establishment media has no problem bastardizing the truth by leaving out facts that would otherwise ruin their agenda,  here’s another story that’s getting a lot of attention (from Axios) that is chock full of lies:

Why it matters: Carbon dioxide is the most important long-lived greenhouse gas, with a single molecule lasting in the air for hundreds to around 1,000 years. The continued buildup of carbon dioxide due to human activities, such as burning fossil fuels for energy, is driving global temperatures up and instigating harmful impacts worldwide.

The fact that carbon dioxide levels increased by a near-record amount of 3.5 ppm in just one year illustrates that we’re headed in the opposite direction from what climate scientists have shown is needed to avoid the worst consequences of global warming. 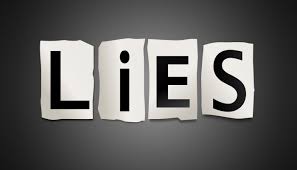 While I’ve written two books that totally debunk the phony carbon-dioxide-is-killing-us scaremongering, let me briefly unpack the whoppers stated above:

-Even though the level of CO2 is now at 414.18 parts per million, it remains at a mere .039 percent of all atmospheric gases.  Translated, that’s 39-thousandths of a percent.  Also, according to the Department of Energy, the amount of CO2 produced by human activities accounts for a bit over 3 percent of all the CO2 in the atmosphere.  While in theory it would appear that an increase in CO2 would also increase global atmospheric temperature, there is no solid correlation of that occurring throughout the history of the planet. Indeed, even the slight increase of CO2 in recent decades (about 35 percent since 1850) is well within historical measurements.  In the Eocene period (50 million years ago) CO2 was likely six times higher than today. In the Cretaceous (90 million years) it was seven times higher.  In the Carboniferous (350 million years)  it is thought to have been twelve times higher that today.

-CO2 is NOT a leading indicator of a warming atmosphere, but rather a lagging indicator.  In other words, throughout history when average  temperatures on earth have increased, levels of CO2 have followed.  Likewise, when the global temperatures have decreased, CO2 has soon thereafter done the same.  Also, it has been much hotter in the past (including the hottest decade in modern record, the 1930s).  It should also be noted that ALL plants benefit from an increase in CO2.

-While a molecule of CO2 does move through the atmosphere at a relatively slow place, it is part of a never ending cycle, exactly similar to the water cycle–it just takes longer. All bodies of water (71 percent of the earth’s surface) contain cast stores of CO2.  The dissolved CO2 in the water is used to form the exoskeletons of shellfish, coral, and limestone. On the earth’s surface the CO2 is found in peat bogs, coal seams, natural gas, petroleum reserves, newly fallen leaves, felled trees, and animal and human corpses.

These climate lies from the left are purposeful!

Allow me to conclude with a telling statement from one of the men who inspired me to write my books:

People always have been the foolish victims of deception and self-deception in politics, and they always will be.
– Vladimir Lenin, The Three Sources and Three. Components of Marxism, 1913.