Covid: How the Swamp Tricked Trump and Locked-Down the People 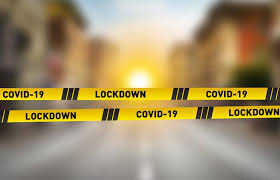 My friends at World Net Daily have published a story sharing how the communist seditionists on the left tricked the Trump administration regarding measures taken to deal with the spread of COVID.  It was a political hit job which eventually endangered the entire population of the USA, and allowed draconian mandates to be forced upon the people.

Dr. Deborah Birx, who served as the White House Coronavirus Response Coordinator under President Donald Trump, has admitted in a new book, Silent Invasion, that she manipulated data and quietly altered CDC guidance without authorization.

In the book she confesses she “devised” a “strategic sleight-of-hand” method of reporting she described as “subterfuge.”

“This wasn’t the only bit of subterfuge I had to engage in,” she writes.

Birx insisted, contrary to the White House and the CDC, that the asymptomatic spread of COVID-19 was significant.

“Eight months into the pandemic, many at both the White House and the CDC still refused to see that silent spread played a prominent role in viral spread and that it started with social gatherings, especially among the younger adults,” says Birx.

Birx opposed the advice of then-coronavirus adviser Dr. Scott Atlas to limit testing on the premise that asymptomatic transmission was minimal and not driving the pandemic.

She and then CDC Director Robert Redfield “agreed to quietly rewrite the guidance and post it to the CDC website.”

Listen to this: “We would not seek approval,” she writes, “but we were committed to subverting the dangerous message that limiting testing was the right thing to do.”

Birx recalls a phone call from White House Chief of Staff Mark Meadows: “What the hell do you think you’re doing? You rewrote and posted the CDC testing stuff,” said Meadows, according to Birx’ account.

“There’s no ‘buts’ here. You went over my head,” Meadows said.

World Net Daily reminds us Birx was the main influencer at the White House and was the driving force behind the nationwide lockdowns.  She was also the one who came up with warning Americans to restrict their Thanksgiving 2020 gatherings to “your immediate household,” even though she spent that Thanksgiving in Delaware, where she met with four generations for a traditional Thanksgiving dinner.