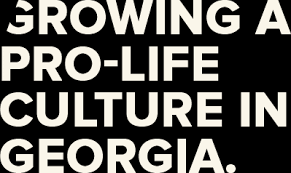 Known as the “Heartbeat Law,” it prohibits abortions after doctors can detect a viable heartbeat.

Governor Kemp kept his campaign promise by signing the bill, HB 481, officially titled the ‘Living Infants Fairness and Equality (LIFE) Act,’ that prohibits abortions in the Georgia after a heartbeat is detected (as early as six weeks into a pregnancy).  The law allows exceptions in the case of rape, incest, or if the life of the mother is in danger.

“Georgia is a state that values life,” Kemp said during the signing ceremony. “We stand up for those who are unable to speak for themselves.”

“Our job is to do what is right, not what is easy,” Kemp added. “We will not back down. We will always continue to fight for life,” he added.

Is God pleased? You be the judge, for it says in the ancient book of Isaiah, chapter 44, verse 24 –

Thus says the Lord, your Redeemer,
who formed you from the womb:
“I am the Lord, who made all things,
who alone stretched out the heavens,
who spread out the earth by myself”