Who Do American’s Trust Least? 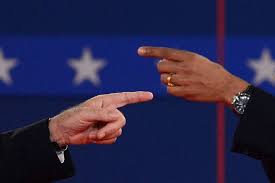 There is one profession that Americans hold in lower regard than members of Congress.

Whoops.  Did I just give the headline away?

Telemarketers–they are the bottom of barrel in terms of integrity.

Joke time: how many telemarketers does it take to screw in a light bulb? One. But that one can only do it at dinner time.

The poll, conducted from November to December by the excellent Gallup organization, asked 1,020 Americans to assess the ethics and honesty of members of 18 professions.

Members of Congress came in 17th place, telemarketers were 18th.

Historical polling shows that the congressional approval rating began to decline steadily after 2001 and has never come close to recovering, even with brief upswings following the inauguration of new presidents.

This is pathetic, given that Congress and the federal government are obligated to secure the liberties of the people and promote their general welfare.

Third from the bottom were car sales people.

Top of the heap? The most trusted professionals are nurses. 79 percent of Americans rated nurses “high” or “very high” in honesty and ethical standards. Nurses have topped the Gallup poll regularly since their first appearance in the survey in 1999.  And why not? “Nurses are there when you’re born, nurses are there when you die, and everywhere in between,” said Jennifer Mensik Kennedy, president of the American Nurses Association. “Individually and collectively, we’re making a difference in people’s lives in the worst and the best times.”

In terms of public trust, no other profession came close to the nurses. Medical doctors and pharmacists ranked second and third on the Gallup poll, with 62 percent and 58 percent of U.S. adults, respectively, rating them high in ethics.

The entire poll is found here.

Last joke: How many members of congress does it take to change a light bulb?

Five to form a committee, twenty to co-sign a bill for light bulb installation, and 218 to pass the bill.  Then thirty to revive the bill after it dies in the senate (because the senate believed it should have been a more efficient bulb). Another forty to bicker about bulb type, and then 218 again to pass modified bill.

And then more insanity back in the senate.