Notes for The Another Chance Podcast: Thursday, June 18, 2021 – “Possessing a Steadfast Faith” 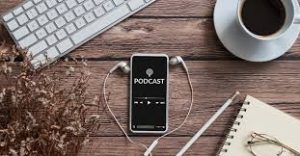 Here are the notes for the Another Chance Podcast, Episode 39.

These are taken directly from the International Zoom Bible Study I am super honored to facilitate each Saturday. There are some amazing guys in the group, including my co-leader Jeff, who is a Bible Scholar and a brother who battled cancer for 15-years. Also on the call is Neil, who is pioneering a church in Northern England; Luci, who does an amazing job serving as a pastor in Bulgaria; Mitch, who founded and runs a major Youth With A Mission training center in Chile; Shorsh, a former Muslim sheik and now a Christian pastor in Kurdistan; and Iyke and Gabriel who minister to gang members and drug addicts in the jungles of Nigeria.

I hope these notes inspire you to further study….

Possessing a Steadfast Faith
Therefore, my beloved brothers and sisters, be firm, immovable, always excelling in the work of the Lord, knowing that your labor is not in vain in the Lord (1 Cor. 15:58)
The reality of the resurrection of our Lord Jesus is the cornerstone of a steadfast faith.

Jesus told his disciples the resurrection was to happen
– In Mark 10:32-34 we are told: And again He took the twelve aside and began to tell them what was going to happen to Him, saying, “Behold, we are going up to Jerusalem, and the Son of Man will be handed over to the chief priests and the scribes; and they will condemn Him to death and will hand Him over to the Gentiles. And they will mock Him and spit on Him, and flog Him and kill Him; and three days later He will rise from the dead.”
– The “Old Testament” speaks of the resurrection of the Messiah in these passages:
Psalm 16, 22:1-31, Isaiah 52:13 through 53:12, Zechariah 12:10, Jonah 1:17, 12:39

Question: How can you share the truth of the resurrection with a not-yet-follower of Jesus?

Question: How does the truth of the resurrection cause your walk with the Lord to become more steadfast?

A Steadfast Faith Allows You to Share and Defend the Truth
– Because our eternal destinies ride on the truth of this historical event, the resurrection has been the target of Satan’s greatest attacks against the church. Accordingly, the historicity of Christ’s bodily resurrection has been examined and investigated from every angle and studied endlessly by countless scholars, theologians, professors, and others over the centuries–no credible historical evidence exists which would validate anything other than His literal bodily resurrection. On the other hand, the clear and convincing evidence of the bodily resurrection of Jesus Christ is overwhelming.
– Remember the words of Peter: And who [or what] is there to harm you if you prove zealous for what is good? But even if you should suffer for the sake of righteousness, you are blessed. And do not fear their intimidation, and do not be in dread, but sanctify Christ as Lord in your hearts, always being ready to make a defense to everyone who asks you to give an account for the hope that is in you, but with gentleness and respect; and keep a good conscience so that in the thing in which you are slandered, those who disparage your good behavior in Christ will be put to shame
(1 Peter 3:13-16).

Question: How can you incorporate the resurrection into your personal story of coming to know Jesus as Lord?