Another Example of Why President Joe Will Not Run in 2024 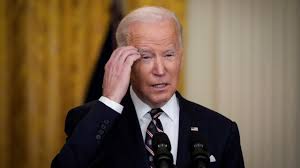 President Joe Biden misspoke during a speech in Florida on Tuesday. While talk about about the ongoing “war in Iraq,” he also claimed that is where his son died.

“Inflation is a worldwide problem right now because of a war in Iraq and the impact on oil and what Russia’s doing, excuse me, the war in Ukraine,” Biden said.

“I’m thinking of Iraq because that’s where my son died,” he added.

Beau Biden served in Iraq, but he did not die there. He died in 2015 at Walter Reed National Medical Center in Maryland with brain cancer, six years after he served in Iraq. He was 46.

This isn’t the first time Biden has made such an error regarding his son.

The president also made a similar claim in October, during a speech in Colorado.

“I say this as a father of a man and won the Bronze Star, the conspicuous service medal, and lost his life in Iraq,” he said.

Seriously, as much as I vehemently disagree with this man’s politics, we need to pray for him. This is now elder abuse. Mr. Biden is being used as a puppet by the democrat party, when in fact he should step down and rest, ASAP.

In the meantime, as I have been saying for years, the stage is being set for Nancy Pelosi’s nephew, California Governor Gavin Newsome, to run for president in 2024, against Donald Trump.