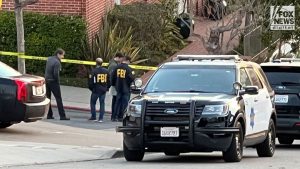 Rahm Emanuel, then chief of staff to President-elect Barack Obama, famously issued what has come to be known as Rahm’s Rule: “You never want a serious crisis to go to waste. And what I mean by that [is] it’s an opportunity to do things that you think you could not do before.”

Now enter  Paul Pelosi, husband of the ever powerful Speaker of the House and ruler of the Democrat Party, Nancy Pelosi.

The Paul Pelosi attacker is David Depape of Berkeley, California. He was described on his social media platforms as a “hemp jewelry maker” and a local “Castro nudist activist,” who has a Russian girlfriend. His now offline Facebook page supposedly made it clear he is no fan of Trump.

Apparently his social media posts also including something about January 6th and the 2020 vote results. The media is spinning this to imply he was a right-winger who was for the 6th and against the results of the 2020 election; likely it was just the opposite. They are also aligning him with Mike Lyndell, the My Pillow CEO, and the anti-vax people. Lyndell and anti-vax are trigger words for liberals.  I’d like to see the actual posts before jumping to conclusions, but trust me, I have my doubts–big time. The Mercury News is saying that somehow they saw his censored Facebook page and it  “includes a flurry of posts slamming ‘woke racists,’ proclaiming that Hitler ‘did nothing wrong,’ and lauding podcaster Joe Rogan.

As for me, this dude hardly sounds your average MAGA supporter. He supposedly once lived in the Castro District of San Francisco (do your own research on that) and presently lives in a broken down bus in Berkeley, California. Depape’s also turns up in a search of past local news articles connected to “Gypsy” Taub, a longtime liberal Bay Area nude activist.  A 2008 article in The Oakland Tribune said Depape had three children with Taub.

There are more questions here than answers, and an objective journalist would note this important fact. For starters, one would think the incredibly wealthy Pelosi family would have much better security,  given Nancy’s extraordinary position within the U.S. government, than to let a kook break in (through an open window in the back of the house?) at 2:27AM.

Meantime, the Democrats and their accomplices in the leftist media have a nugget that they can flaunt as they get closer to an election that does not look good for them. MAGA. MAGA. MAGA.

We certainly wish the best for Paul Pelosi. He’s had a rough go of it this year, including the DUI. My prayer is that he, and his wife, humble themselves, repent of their sin, trust Jesus as their Savior, and follow HIM. They are both getting up there in years, and their immense riches and power will do them no good on judgement day.