Of Biblical Proportions: Obama’s Sinister Dealings in the Middle East 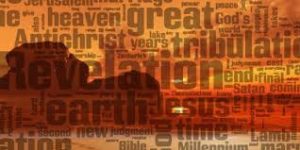 A blog I read regularly is The Daily Jot, by Bill Wilson.  The articles are short and sweet and appeal to those of us who often view world news through a Biblical lens.

Today’s article is especially insightful.  It deals with the shady deals done in the Middle East, concocted during the Obama years, that could well play into Biblical end-times prophecies.

Without directly naming Barack Obama,  Wilson explains how his administration engineered a destabilization in the Middle East that has resulted in great suffering of humankind as well as advancing the march of end time prophecy. Specifically, Obama’s actions accelerated world events toward the Ezekiel 38 prophecy where Magog, Mesech, and Tubal (Turkey) leads Persia (Iran), Ethiopia (Sudan) and Libya (Libya) against Israel in the end of times “To take a spoil, and to take a prey (Ezekiel 38:12).”

Arab Spring, the assassination of Libya’s head of state, declaring the Muslim Brotherhood as a foreign policy partner, sending Iran billions of dollars in cash on pallets. And his administration got off scotfree.

In March 2011, the president ordered the bombing of Libya, and he did not seek approval of Congress to conduct this act of war. Over six months later, on October 24, 2011, The Daily Jot reported that the “man who occupies the Oval Office has claimed victory in Libya, spending about a billion dollars of taxpayer money to topple the Gadhafi regime and replace it with Islamic fundamentalism.” Indeed, the US had approved the assassination of Libya’s head of state and supported a Muslim Brotherhood-, al Qaeda- and Islamic State-backed military group to do the dirty deed. These actions were not met with outrage by Democrats in Congress or the mainstream media as they are with the current president ordering the assassination of an Iranian terrorist leader. Now Turkey has sent military to Libya to ”ensure a legitimate government.”

Wilson goes on to note,

On November 25, 2013, the White House announced that it was entering into a deal with Iran to “stop” its nuclear program. The pact was ratified by the Senate in September 2015, empowering the president to complete a deal with Iran that would allow the terrorist state to build a nuclear bomb over the next ten years and pay them over $300 billion to do it—some $1.8 billion in cash arrived in Tehran on a pallet. Iran then ignored the deal, advanced its nuclear development, attacked oil tankers, embassies, killed Americans in Iraq, and fomented terrorism around the world.

Wilson also reminds us that President Trump responded to these acts on January, saying,

“Iran’s hostilities substantially increased after the foolish Iran nuclear deal was signed in 2013, and they were given $150 billion, not to mention $1.8 billion in cash. Instead of saying “thank you” to the United States, they chanted “death to America.” In fact, they chanted “death to America” the day the agreement was signed. Then, Iran went on a terror spree, funded by the money from the deal, and created hell in Yemen, Syria, Lebanon, Afghanistan, and Iraq.”

You can read the entire article here: The Daily Jot