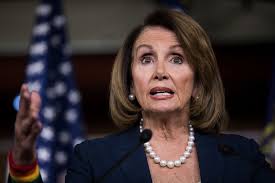 “It’s called a wrap-up smear. You smear somebody with falsehood and then you merchandise it, and then you write about it, the they’ll say, ‘See, it’s reported in the press that this, this, and this.’ And so they have that validation that the press reported the smear and then it’s called, the wrap-up smear.  Now, I am going to merchandise the press report on the smear. It’s a tactic…” — House Democratic leader Nancy Pelosi of California, June 22, 2017.

The “wrap-up smear” is exactly the tactic being used to tar Donald Trump: send armed FBI agents into the former President’s mansion in Florida, complete with a limited amount of media access to capture damning photos and video of the raid, supposedly to gain access to highly classified documents. Then, before Mr. Trump has an opportunity to respond, you smear him with it all on social media and the mainstream media, utilizing well-crafted and damning rhetoric, and therefore wrap him up in a bundle of perceived, heinous, illegal activity that smacks of a dictator.

By the time his team responds, it’s too late. A large sector of America sees him as criminal, worthy of prison or worse.

The planners of this wrap-up know that only Trump’s dedicated followers will perceive how politically ruthless this fabricated smear is.

But it doesn’t matter. The political damage has been successfully accomplished.